Software is a funny business, in fact in the beginning it was not even a business. When the first computers were being build in the 40's and 50's the software was not really separate from the hardware. Each computer was very expensive and software was seen as minor part of the overall system.

The first computers were designed to solve specific problems and most of the programming was done by hard-wiring the logic into the equipment. As a result, in the public's eye a computer was a huge physical mainframe with flashing lights and lots whirling dials. Computers were rare, expensive and build largely with a specific task in mind and not everyone saw how computers would catch on.

"I think there is a world market for maybe five computers." Thomas Watson, chairman of IBM, 1943

This started to change in the late 50's and 60's. Computers had become more general purpose and a lot of money had been invested in software like payroll, accounting, etc. The problem was that as the hardware improved and got relatively cheaper it meant that software would need to be rewritten for each new computer system.

This lead to the advent of computer languages such as the COmmon Business Orientated Language  (COBOL) for business software and FORmula TRANslation (FORTRAN) for  scientific software. Now rather than rewriting the whole piece of software all that was necessary was to write a compiler for  the computer system and use the compiler to translate the software into  machine code for the specific computer.

The 60's and early 70's saw the start of software as distinct entity, important in its own right. The introduction of the IBM System/360 was famous for among other things the complexity of the software and the delays in getting the operating system ready in time. It lead one of the developers called Frederick Brooks to observe in his book The Mythical Man-Month that "Adding people to a late project just makes it later".

An early form of SaaS called Timeshare became popular in the 60's. Owning a computer was just too expensive so people would buy timeshare slots on a computer. Bill Gates tells of learning to program on a timeshare computer operated by his high school.

In the 70's innovative companies started to make more powerful and smaller computers. First with mini-computers and then with the introduction of micro computers like the Apple II started to bring the overall cost of hardware to a level that was affordable for large numbers of people. The introduction of the killer app in the form of VisiCalc, the spreadsheet started to change the relationship between the hardware and software. People started to see the software as the part which brought the value. A lot of the success of the Apple II can be attributed to spreadsheets helping people to manage their business.

The real innovation came with the IBM Personal Computer. In order to get to market as soon as possible they decided to use components from other vendors like Intel and Microsoft. However,  IBM did not have an exclusive arrangement and a booming business in IBM  compatible clones grew during the 80's.

The Golden Age of Application Software

The 80's and 90's was the golden age of  application software. Hardware was getting more powerful and cheaper at  the same time. Software started to became products in their own right and the link with hardware loosened. People now upgraded their software more often than their hardware. In fact hardware had become a commodity. Operating systems like Windows gave the same user experience regardless of the PC brand. Many of the products still in use today like Microsoft Office, Photoshop

The  web as we know it dates from the late 90's when Netscape launched a new  way to interact with a computer called a browser.

How the Web was Won

It did not take long for the industry to  realize that the browser would transform the application software  business. People like Larry Ellison from Oracle conceived of a Network Computer which used back-end servers to give them to ability to run  applications. In the late 90's and early 2000's this was difficult due  to the lack of fast internet connections. Many has to make do with dial-up connections with very slow speeds.

Some  applications did succeed at this time. Google is a perfect example,  when you type in a search it responded with a text response. There was  very little graphics on purpose as this would have made the response too  slow. Something like YouTube would have been impossible or at least  unbearably slow.

Apart from the browser the other innovation which transformed how people interacted was email. It allowed people to communicate faster and it started to become part of everyday life.

The Rise of SaaS

SaaS as we know it today started in the early 2000's. At this point  the PC had become a largely mature product and the internet was everywhere.

Arguably, the first modern SaaS product was Hotmail. This provided a web-based way to access your email from any computer. Just log in with your username and password and what is more is that it was free!! This was followed in 2004 by Gmail.  This took web applications to a new level. It was much more interactive  than other mail offerings like Hotmail, Yahoo Mail etc. These mail  offering were largely supported by advertising revenue.

One of the first paid SaaS products was Salesforce CRM and introduced people to the idea that instead of installing software on a local machine you could run the application on  the web (This was before the start of the marketing buzzword concept of  the "cloud").

Google introduced the Google Docs online office applications as a direct competitor to Microsoft Office on the desktop. This was the beginning of the end of the supremacy of the desktop. Microsoft themselves recognized this with the introduction of Office 365 (which is kind of a hybrid desktop/online offering).

The  introduction of the iPhone in 2007 and the rise of social media has  also had an impact. People are now used to accessing and interacting  with online services at any time. They have become more comfortable with  having their data online and this has fueled an acceptance of SaaS applications.

Where are we going?

As hardware costs have come down the reasons for using SaaS has changed. For most people the ability to access their data on any device without having to worry about whether it will work.

People  expect that their data will be available and secure. They increasing  will demand the ability to inter operate with other SaaS applications. So  I can use Xero for my accounts and Zoho for my CRM and have them talk to each other.

Users will demand control over their data. They will want the ability to move their data to other suppliers.

The biggest risk to the growth of SaaS is politicization of the cloud. With GDPR in Europe, and the Great Firewall of China and increasing concern over  access to US data by foreign countries and similar regulations in Russia  requiring local servers. This will slow down the growth of SaaS  adoptions for large customers but should not affect smaller customers  who are probably based in a single country.

What is Customer Acquisition Cost and why does it matter? 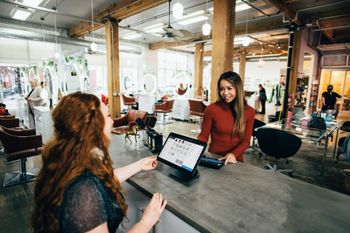 How to Calculate the Lifetime Value of a Customer (LTV)